This post is part of a series of interviews with international educators, policy makers, and leaders titled “One Good Question.”  These interviews provide answers to my One Good Question (outlined in About) and uncover new questions about education’s impact on the future.

In what ways do our investments in education reveal our beliefs about the next generation’s role in the world?

What do we believe the purpose of education is ?  I’ve come to the conclusion that there is no singular answer.  I don’t think our society holds a single answer.  One of the reasons that education is as contested a subject as it is, is because the answer to this question is different for different people.  Education is one of the few places where we actually tax ourselves as a community and contribute funds willingly for some perceived greater good.  Our investment in education reveals one thing : the next generation has such a significant and important role to play in the world, that it is worthwhile for us to invest in them as kids in order to prepare them for that.

Secondly, education is necessary to help folks govern themselves more effectively.  How democratic is our democracy ? Education has always been important to access that franchise effectively and stay informed about the political process.  We believe in the next generations’ role in governing itself and us as a community.  I won’t take it too far, because we don’t actually invest in citizenship classes/government, that’s not where we end up targeting our education investments.  But the notion is that a well-educated public governs effectively.

As interestingly, we see the increasing notion over the last century that we educate to help people get better jobs.  When factories and line jobs were the standard, education was a system that prepared those workers—cohorts that move along the factory floor together, it did not prepare students in large numbers for  inquiry and critical thining.  Emergence of old-style career and vocational ed over last 60-70 years is proof of that as well.

There is a small and growing movement around 21st century skills—deeper learning folks, CCSS, — who believe that actually what’s important are critical thinking skills, collaboration, and teamwork.  Increasingly there are investments that reveal our belief in the importance of those things in comparison.

The US is unique in the way that we invest in early childhood and post-secondary education.  Our historically high level of investment in post-secondary education reveals a fundamental belief in the value of thought- critical thinking, liberal arts, renaissance thinkers.  In contrast to the investments in our K-12 system, however, I don’t think our investments in post-secondary education reflects so much the belief about the next generation, but rather the current generation.  We do a remarkably bad job at investing in early childhood education.   We have evidenced a fundamental misunderstanding about the role of early childhood, and I suspect that is driven by a misbelief about the role of women in the current generation and their role as primary care providers and caregivers, and not as educators.  It’s a huge miss and a huge fail on our part.

I focus on how do we move from where we are to where we want to be.  In the early childhood discourse, I don’t hear people refer to the social reasons and the perceived role of women in the workforce that contribute to low investments in early childhood education.  Women in the workforce is a fairly new phenomenon in our country.  For centuries, we assumed that women would care for their young children.  And there was a gender bias associated with it.  If childcare had been the same role of men, countries would have changed a long tome ago to give lawyers paternity breaks and years of pay.  Our social and gender stereotypes and norms have influcenced policy.  It wasn’t until the 1960s that we started HeadStart.  That had something to do with our lack of any real belief in equitable treatment of folks, regardless of economic status and race.    I suspect it’s a combination of all of these beliefs and biases that have gotten us to where we are.

The creation of Excellent Schools Detroit marked a significant mindset shift into seeing the success of all students, regardless of school format, as the responsibility of the full community.  What are your early lessons and how can other communities replicate/improve upon a similar investment in preK-12?

1 : You need a broad coalition of stakeholders and they have to be in it for the long haul if you’re going to win the effort or redefine the paradigm.  There are a whole set of stakeholders who are vested in the current system, regardless of outcomes.  They are on the right and left and run the political gambit.

2 :  Governance matters AND, more importantly, governance can only hope to solve a small subset of the challenges that need to be resolved.  Our experience in Detroit that led to the creation of the coalition is that we have low and high performing district and charter schools.  Yes, governance can play a role in all of it, but it’s not the magic bullet.  In the whole picture, success matters more than the governance model.

4 : Recognize the multiple and competing purposes for which education exists.  We knew that we wanted a scorecard that measured the performance of schools and Michigan didn’t do that.  Parents would be faced with lots of data to understand their choices and we need to enable parents to make those choices.  Test data told us something, but scores weren’t the only data point–academic data only tells a small sliver of the whole story.  We wanted to try to capture information to tell some of the larger story for folks.  To do that, we needed closer partnership between community and schools.  So we organized unannounced community site visits to schools based on the criteria that matters to the community.  Part of that model is to help school leaders understand that they’re ultimately accountable to the community, parents and kids.  These visits created a bridge for the community.  Education can be pretty opaque for the average person, so this was an effort to help community increase their understanding of what’s going on in school buidlings.

What advice would you give to a new community who says : « Let’s start doing pop-up school site visits ! » :

Schools loved it, both in theory and in practice.  Schools knew that they weren’t performing well on the standardized test, so this was one way to showcase their other value-adds that tell additional stories of school success. That was the theoretical buy in.  Then in practice, schools were pleased with our process.  Schools had to opt-in to the process (86% participated) and we promised that, for the first year of visits, none of the data would be public or real-time.  We  trained community members on how to walk through a school building during the day. Schools have now figured out that they need to get parents to walk through their buildings, especially for enrollment in the transition years.  Our biggest lesson from the school visits ? The site visit data was not strongly correlated to standardized test data.  As a result, it’s hard to fund the site visit model. 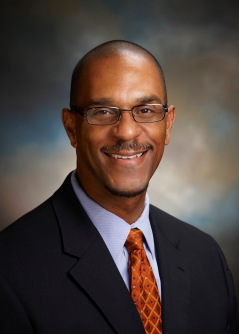 Dan’s One Good Question :  What would it take for all kids to arrive at school ready for school, at a much more advanced minimal standard than the one we currently have? The subquestion there is : Why do we assume, like in the traditional cohort model, that all kids should start school at the same age ?

Dan Varner became Chief Executive Officer of Excellent Schools Detroit in 2011. Excellent Schools Detroit is a non-profit organization dedicated to ensuring that every child in Detroit has an excellent education. ESD defines an excellent education as one where 90% of children are prepared for kindergarten, 90% graduate from high school on time, 90% of graduates enroll in a quality postsecondary program, and 90% of enrollees succeed in the program without remediation.  Prior to that time Mr. Varner was a program officer with the W.K. Kellogg Foundation. In this role, he worked with both the Michigan team and the Education and Learning team at the foundation to develop programming priorities, identifying and nurturing opportunities to affect positive change within communities.

I have no special talent. I am only passionately curious.