This post is part of a series of interviews with international educators, policy makers, and leaders titled “One Good Question.”  These interviews provide answers to my One Good Question (outlined in About) and uncover new questions about education’s impact on the future.

In what ways do our investments in education reveal our beliefs about the next generation’s role in the world?

Beyond the structural school redesign needs, I actually question how we include students’ voice in the creation of that new system.  What would the outcome be if we had student voices at the table and not elective to the conversation but essential to the conversation ? What if we didn’t know anything about how the policies were made and we could just invent the systems that our kids need ?

How does that level of engagement start? It starts on individual schools and campuses.  We’re thinking about it more on our campus, but we’re not great at it yet.  We have an advanced seminar this year and the students brainstormed what they want to do to complete their capstone assignment.  Instructors took their ideas and synthesize them into 8 great options that students could choose from.  We have to think about how to make those not moments of isolation, but the norm.

Other questions that we’re asking ourselves: How do we have student/alumni voice on our Board ?  How do we have students direct change?  As our students are starting to organize, we wonder if their role is to create a glorified social club or to help us drive changes on campus. These strategies are not just for my 11th and 12th graders.  Elementary students have voice that can influence their learning space.  So many adults are thinking about hallway transitions and how to avoid 20 kindergarteners piled up on each other every time they leave the room.  Could kindergartners think through that ?  I think so!  And as a result, their investment in that solution could work.  It starts at the school level and then upwards to state policy.

What keeps us from shifting student voice from being a “nice to have” to an essential element?  Socialization. We were raised that the younger you are, the less important your voice is. The same way that you have to break down biases in other realms, we have to put as much emphasis around the limitations of age.  It’s important to recognize the science that, yes, youth brains are not developed in the same way as adults, but different doesn’t mean deficient.

Are we talking about youth-led change or youth-informed change?  In practice we start with youth-informed and then move towards youth-led.  I don’t know that we could get to a state or federal policy that was youth-led. But I think if you had a really progressive group of people, on a campus or in a district—you could get true youth leadership there. Start by giving students real problems to solve, asking for their ideas/needs and then draft a few models that might respond.  Bring your drafts back to the youth council to test it with them.

What do education policy makers need to know about school leadership?

We’ve had backlash around sweeping federal education policies, but I think it’s less about the content and more about the idea generation process.  With No Child Left Behind (NCLB), teachers didn’t feel that it was informed by real-life experiences in the classroom. I wonder if educators would have felt differently about NCLB if the process included youth and current teacher practitioners?  Even a little bit of distance from teaching and school administration means that you’ve lost some memory of that experience.

Policy makers occasionally visit schools and feel like that glimpse is enough to inform their decisions.  Everyone knows that when the Feds come to visit your classroom, it is going to be the best day.  Even students know it!   I would encourage policy makers to spend more time on listening tours and hosting idea generation sessions with teachers and administration.

Teachers and school leaders have to feel like their ideas can move from idea generation to real policy.  Great ideas about what works on the ground may not translate directly to a policy. The gap is that policy makers think that, just because a teacher isn’t talking policy, they don’t have anything to contribute.  At the same time, teachers feel like since they don’t speak the policy language, they are disempowered to offer their ideas.

It’s almost like some parent-teacher dynamics. Yes! Parents know their children, but don’t have the language around pedagogy to advocate for specific changes.  Practitioners need more thinking about how to translate their ideas into policy. 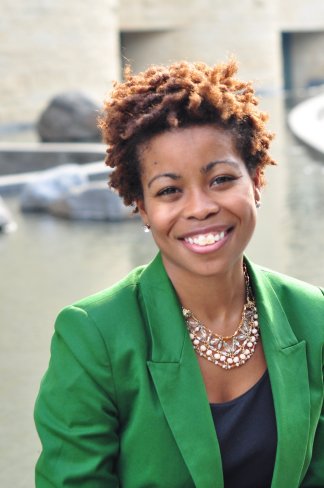 If you ask parents what success looks like for their kids, they may say “a happy, healthy life where they are secure.”  Many may place happiness at the center. When those same parents talk about other people’s children, the success gets murkier.  If we’re focused on all children, then we should be able to back map their needs.  What role does education play in realizing the parent’s dream of success and happiness for every child ?

Nicole Young is Executive Director of Bard Early College, New Orleans (BECNO). Young graduated from the University of South Carolina in 2007 and immediately began work on the Obama Presidential Campaign. After 2008, she lived in Washington, DC for four years working at the U.S. Department of Education and the White House Office of Presidential Personnel. Before coming to BECNO, Young served as the Associate Director for Social Justice at the College Board where she worked to evaluate, support, and expand the College Board’s work for students of color. Young received her Master’s Degree in Education Policy at The University of Pennsylvania.

I have no special talent. I am only passionately curious.